skip to main | skip to sidebar

Of an amazing man. My Grandfather. He could lift the back end of a tractor off the ground with one arm, skin a deer in seconds, grow the biggest tomatoes, and tickle your ribs until you peed your pants! Rest in Peace. 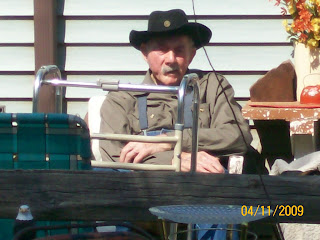 Chester Emmert “Buster” Forry, age 93, of Clarksville, Iowa, was born at home on a farm south west of Clarksville on November 28, 1916, to Frank and Charlotte (Doty) Forry with twin brother, Lester “Bob” Emmerson, the youngest of seven brothers and sisters. He received his education at Jackson #1 Country School near his home.
He married Glendora Smith on April 9, 1939, at the Forry Farm, rural Clarksville. A double wedding was held with brother Bob and Gracie. Buster and Glendora had two daughters and three sons: Judy Drenth, Dixie Thurm, Bill, Dan and Jim. They were divorced in 1970.

He then married Harriet (VanDeest) Bohlen on November 2, 1975, at the Immanuel United Church of Christ in Clarksville. They established their home southeast of Clarksville at the Butler County Conservation Headquarters. They were members at Immanuel since 1967. In June of 2008 they moved to town after their home was flooded.

Buster enjoyed hunting (deer until December of 2008), farming, trapping and fishing, but most of all he enjoyed working for Heery Woods State Park for 32 years. He made many of the trails and first campgrounds in Heery Woods. He received a plaque for his many years of service and support to the Parks Program given in 2006 by the Butler County Conservation Board. He was awarded “Wildlife Conservation Lifetime Achievement Award” on March 12, 2005, by Butler County Chapter #64 Pheasants Forever. In 1988 he began serving as a Butler County Reserve Deputy for several years. He was a cancer survivor since 1955, had participated in Relay for Life every year and was one of the oldest cancer survivors in Butler County.

Buster passed away on Christmas Day, December 25, 2009, at the Community Nursing Home in Clarksville, of natural causes. He was preceded in death by a grandson, Scott Thurm; his parents; four sisters, Mary (in infancy) and Martha Ciavarelli Purcell, Wava Voss and Lela Biekert Chandler, two brothers, Nathan and Bob; and two sons-in-law, Lawrence Drenth and Gerald Thurm.

wOw! What a month! I mean seriously, I have met myself coming and going since before Thanksgiving, and word has it, Christmas is in 9 days! 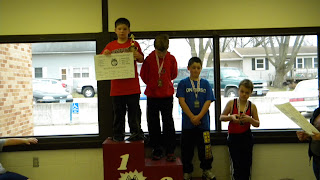 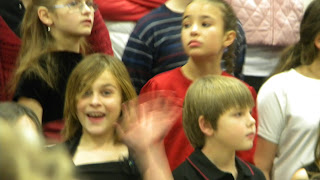 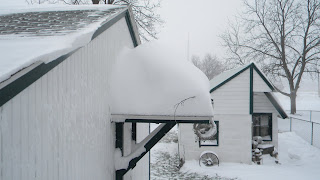 and that's just my home life!

Then there is work... adopted a family in honor of our boss a great Veteran with three small kids, so I was out shopping for them. Then as HR, I got to purchase 43 different gifts at different price ranges for all our employees. Add Boy Scouts, Girl Scouts, Volleyball and basketball practice and you have this... 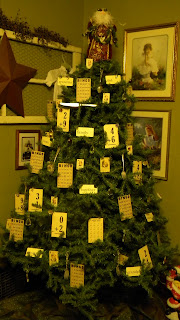 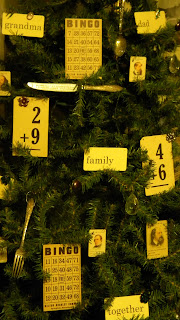 Hope you all have a great Holiday Season! I am off to my internal office Christmas party, then maybe, just maybe, between my next Christmas concert, wrestling meet, basketball scrimmage, and floor Christmas party, and 13 year anniversary celebration... I will see you again!
Posted by Kim 'The Hillbilly' at 2:24 PM 3 comments:

Kim 'The Hillbilly'
I love my family, friends, junkin', pickin', craftin', and diggin'. Stick around there is bound to be something we have in common!